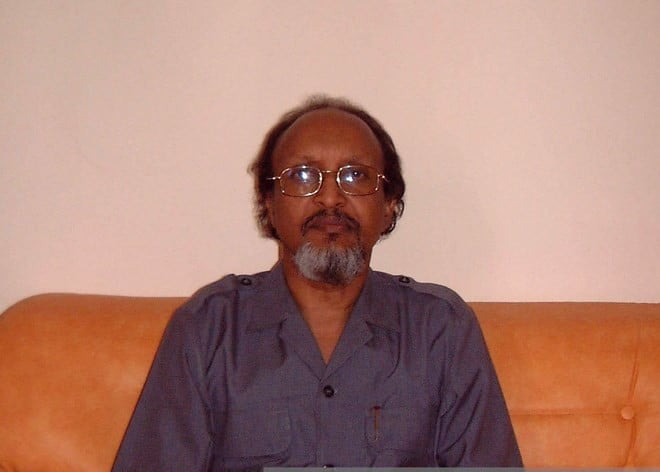 Hassan Abshir Farah began his life in Garowe in 1945. He went to secondary school in Mogadishu before attending the Egyptian Military Academy in Cairo. He returned to Mogadishu where he went on to obtain a law degree from the Somali National University.

He got his start in politics in 1969 as the mayor of Mogadishu under Siad Barre’s military junta. He was quickly promoted to governor of Middle Shabelle and Bakol. Farah also served in various diplomatic posts with stints as ambassador to Japan and later Germany, where he was stationed when the Siyad Barre government collapsed in 1991.Ads By GoogleFarah played a key role when Puntland declared autonomy in July 1998. He served as Puntland’s first interior minister under Abdullahi Yusuf.

In 2000, Farah was tapped to co-chair the Somali National Peace Conference, better known as the Arta Conference in Arta, Djibouti. The two-week conference brought together the various warring factions in the Somali civil war. The result of the talks was the establishment of the Transitional National Government (TNG). Farah would go on to be appointed by the Minister of Minerals, Water and Resources.

In 2004, returned to politics as the Minister of Fisheries of the newly established Transitional Federal Government. He resigned in protest in 2006 along with several other ministers after the federal government repeatedly postponed negotiation talks with the Islamic Courts Union.

He launched a failed bid to be President of Puntland in 2008 before settling in as Member of Parliament in Somalia’s Federal Government in 2012.