Somalia one person one vote coming soon in the future. 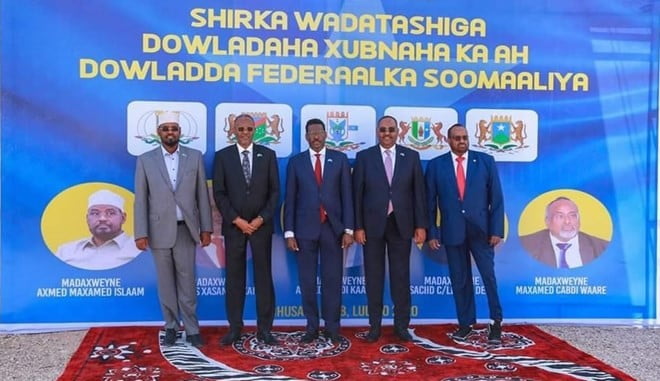 Federal Member State leaders in Somalia announced on Monday that one person one vote is not viable in Somalia.

They have reiterated that universal suffrage would not be held in the upcoming polls.

They echoed the statement from (NIEC) chairwoman, Halima Yarey, who told the parliament in June that one vote one man is only possible in Somalia if they are given 13 months to prepare holding credible polls.

The FMS leaders have called on to sit down with president Farmajo and PM Khaire in a bid to find a common ground on the political negotiated electoral model.

The President along with the PM have endorsed a cabinet declaration to hold elections on time as stipulated by the constitution.

PM Hassan Ali Khaire earlier warned that election delay will lead the country into political as well as constitutional crisis.

Somalia is due to stick to the 2016 election model whereby 14025 delegates choose the 275 MP’s who in turn later vote for the next president.

The FMS have chosen Dhusamareb as the venue for the talks between the Federal leaders and the regional leaders.