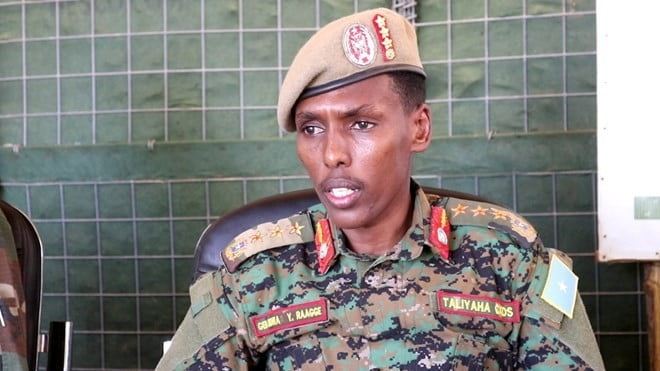 General Odowaa Rageh escaped unscathed after a convoy he was traveling in was infiltrated by a vehicle loaded with explosives.

Government spokesman Ismael Omar said the military boss was heading to the Defense Headquarters when the vehicle attempted to join the convoy ignoring orders from the security team forcing them to fire at it.

“A suicide bomber in a car tried to breach the convoy of Somali Army Chief General Odawaa Yusuf Rageh near Tarabunka junction and after ignoring several warnings by the security escort, the car was shot at and it blew up.” Omar said.

The spokesman noted the army chief was unhurt.

No group has claimed responsibility for the attack but the militant group Al-Shabaab is known to carry out attacks against Somali security forces.

Today’s attack comes barely a week after Al-Shabaab militants detonated a car bomb at the revenue headquarters in Hamar Jajab District opposite Mogadishu port. At least seven people were injured.