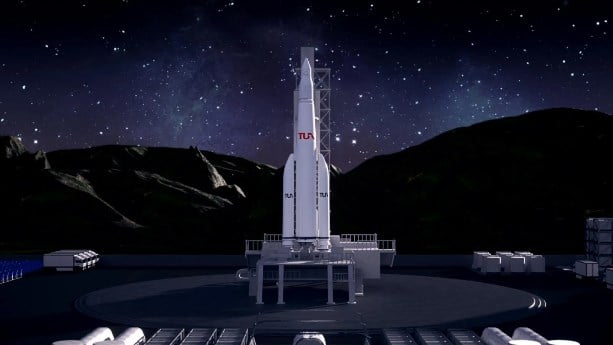 Turkey’s recently announced space program, which aims to make a soft landing on the moon in 2028, will cost upwards of $1bn and would require building a rocket launch site in Somalia, a Turkish source familiar with the government’s plan told Middle East Eye.

Turkish President Recep Tayyip Erdogan revealed last week an ambitious timetable that has two separate stages, with the aim of making contact with the moon on unmanned missions.

Ankara plans to make a hard landing on the moon with a locally produced hybrid rocket that would be launched into orbit in 2023, the republic’s centennial, through international cooperation.

The second stage aims to have a soft landing on the moon in 2028 with Turkey’s own capabilities, which would involve a shuttle that would carry out scientific research on the Earth’s natural satellite.

However, the government has so far avoided questions regarding the cost of the program and how it will proceed.

Turkish opposition was quick to point out that the government-authorized body for the task, the Turkish Space Agency (TUA), has an annual budget of just over $40m, which is insufficient for such lofty objectives.

MEE’s Turkish source said that the TUA was only tasked with coordinating the entire program, and therefore it was natural that it didn’t have a larger budget.

“The spending will be done through different government entities, such as state-owned major defense industry companies,” the source added. “The defense ministry itself will also make allocations.”

Initial plans submitted to Erdogan a few years ago showed that little-known Turkish presidency subsidiary Deltav (Space Technologies Incorporated Company) would be the recipient of the bulk of the spending, with a budget of more than $600m.

Arif Karabeyoglu, chairman of Deltav, announced last year that the company had already produced a rocket engine that uses liquid oxygen and paraffin, a crucial capability for the space program.

The program, which in total is expected to cost the government at least $1.1bn according to MEE’s source, includes an aggressive investment for space infrastructure.

The same source said the government plans to build a rocket launch site in Somalia, a key Turkish security partner since 2011, which also hosts Turkey’s largest training base in the world.

Somalia isn’t a stranger for space enthusiasts: France also considered using the country to host a spaceport in the 1960s due to its close proximity to the equator, which makes it more suitable for rocket launches.

Serdar Huseyin Yildirim, the president of Turkish Space Agency, refused to comment on Somalia in an interview with BBC Turkish on 12 February, citing sensitive talks with the host country, which he wouldn’t name.

However, MEE’s Turkish source said other alternatives such as Libya weren’t likely because Turkey had a greater influence in Somalia and it was scientifically more favourable.

The government’s draft calculations suggest establishing and maintaining the spaceport in Somalia would cost more than $350m.

The government also aims to allocate grants for Turkish doctoral students to go abroad to study astrophysics, and will provide research and development funding for Turkish universities, altogether for around $150m.

Yildirim told the media in repeated interviews that the space program would help Turkey advance its technology and make crucial investments in sectors that would make the country more competitive in the long run.

The government still needs to find a foreign entity capable of launching the Turkish rocket to space in 2023 where, after reaching the lower Earth orbit, the rocket would be directed to the moon.

Yildirim told a Turkish newspaper that funding for the project could be financed through international donors since there are many parties interested in space projects.

However, MEE’s source said that since the program itself would require the development of  ballistic missiles, foreign investment would be unlikely.

“The plans would most likely evolve over time, since the 2023 and 2028 targets are pretty aggressive and there are many variables that could change,” the source added. “Yet, having such a target will help Turkey to finally concentrate on the mission that is space.”