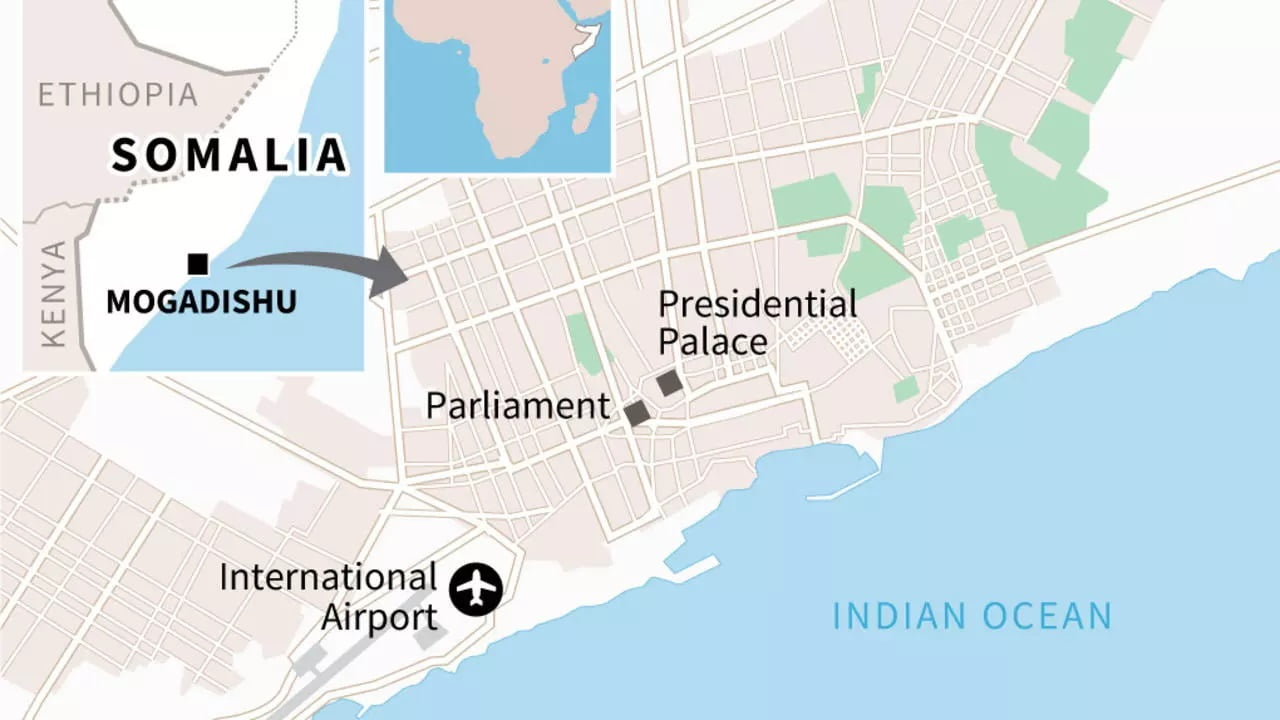 The protesters were demonstrating against delayed elections in the Somali capital and security agents had sealed off roads.

The opposition has criticised President Farmaajo’s stay in office  claiming that his term expired on February 8.

Abdurahman Abdishakur Warsame, one of the opposition presidential candidates, said earlier this week that Farmaajo is staying in office in a ‘disguised political coupe.’ “The former president staying in Villa Somalia (the statehouse in Mogadishu) is illegitimate,” repeatedly said Warsame and most of his co-presidential hopefuls.

Tension particularly rose to peak when pro-opposition forces led by General Yusuf Siad Indha’adde occupied the Monument of the Unknown Soldier on Thursday evening, claiming that they are there to protect the CPC leaders and the demonstrators.

But, after mid-night, heavy exchange of fire erupted between Gen. Indha’adde’s loyalists and units of the Somali government forces.

People around the area testified that after nearly an hour, the government forces seized the monument and surrounding areas.

Following the heavy exchange of fire, both the government and the opposition gave different versions of the encounter.

“The government forces attacked the hotel where Sheikh Sharif (former president and chairman of the CPC) and I are staying,” Mohamoud said, accusing Farmaajo of initiating violence.

“It is lamentable that Farmaajo whose term in office lapsed is willing to spill the blood of the demonstrators,” ex-President Mohamoud stated.

“The term in office of all state institutions had expired and this illegal use of force against the opposition is what I have been predicting over the last months, which is unacceptable,” Khaire said in his released statement.

Dubbe said that restrictions of the movements are in line with announcement by Somalia’s Minister of Health Dr Fawzia Abikar Nur that cases of Covid-19 have increased, especially in Banadir region (Mogadishu and surrounding areas).

So far, it is not clear whether the announced, but troubled demonstration will take place in Mogadishu as planned by the ardent opponents of Farmaajo.