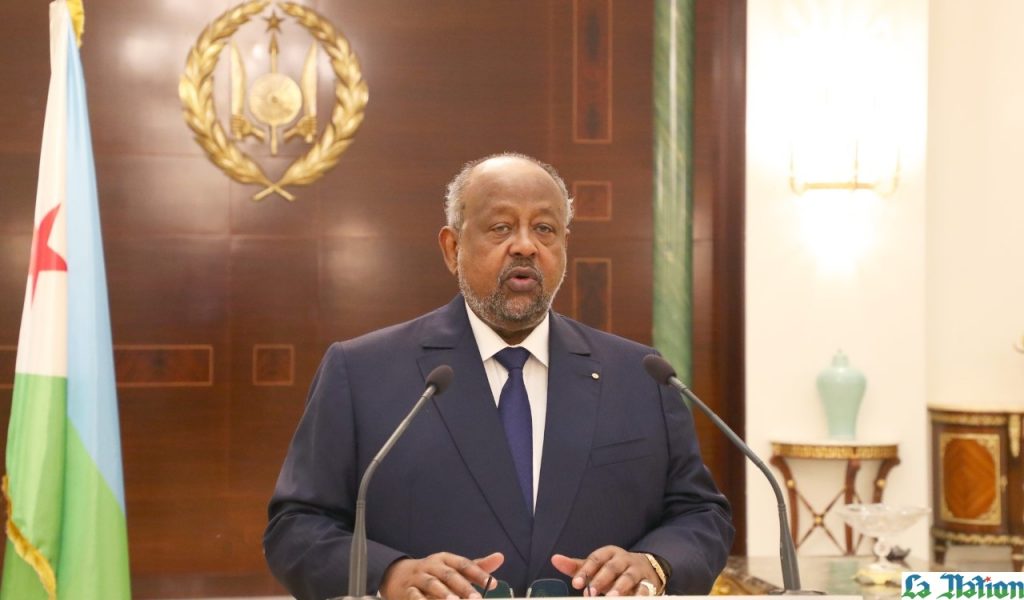 Early in the morning of Friday, April 9, Djiboutians mobilized massively to decide between two candidates running in the 2021 presidential elections. This is Ismail Omar Guelleh, the outgoing president and a businessman, Zakaria Ismail Farah, little known on the political scene.

“President Ismaïl Omar Guelleh obtains 167,536 votes, or 97.44%. Zakaria Ismail Farah obtained less than 4,408 votes ”declared around 3:15 am on the night of Friday to Saturday the Minister of the Interior Mr. Moumin Ahmed Cheikh, on the airwaves of Radio Television of Djibouti. While waiting for the final results to be given by the constitutional council, a total of some 215,687 registered voters were invited to go to one of the 529 polling stations in the country, the majority of which was concentrated in Djibouti-ville.

Of the 177,391 voters went to the polling places and cast their votes. Besides the 5,447 votes which turned out to be zero. As for the 171,944 votes cast, 167,536 voted for the candidate of the Union for the Presidential Majority coalition, Ismail Omar Guelleh, while Zakaria Ismail Farah received only 4,408 votes out of the 171,944.

If the outgoing president, Ismail Omar Guelleh wins the presidential election with an overwhelming vote of 97.44% against 2.48% achieved by his opponent, it is no coincidence.

This is the result of his good governance during the 4 previous terms that he has just successfully completed at the head of the country.

It suffices to do a retrospective on his profession of faith since 1999, the date of his accession to the supreme office of the Djiboutian nation, to understand that he has always translated his commitments into concrete actions and achievements visible to all.

Succeeding the founding father of the Djiboutian nation, the late first president of Djibouti, El Hadji Hassan Gouled Aptidon, when Ismail Omar Guelleh came to power, almost 21 years ago, the country had serious economic problems and the state could not pay the salaries. The challenges to be overcome were enormous. Very quickly, he committed the country to a policy of economic development by setting up a series of initiatives evolving in the logic.

Consolidation of national unity first, establishment of a lasting peace not only on the whole of the national territory but also in the countries of the region then, creation of a university in Djibouti, then realization of several large development projects, particularly in the port, rail and road sectors which not only generate many jobs for young people but also allow the country to become the gateway to the continent and the 400 million strong COMESA region consumers, make Djibouti a key center in the region in the field of telecommunications, establishment of health insurance in Djibouti and support programs for the most vulnerable of our fellow citizens, promotion of women and people in need special,the forthcoming use of 100% green energy to reduce the cost of energy, an almost successful program to combat water stress, industrializations, establishment of a sovereign fund for future generations or to accelerate economic transformation … .etc, the list is long and the achievements are numerous.

All these projects and programs carried out during the 21 years that Ismail Omar Guelleh is at the head of the country, have allowed the country to have positive economic growth during the past year (2020). As for the future, “the outlook is good and the result is very encouraging” according to economists at the World Bank who forecast a growth rate of 7% for 2021, despite the COVID-19 pandemic, which has heavily impacted the economies of countries around the world.

Besides economic growth, the country has made enormous progress in the area of ​​housing. Indeed to materialize his commitments made in this area, during his 2016 campaign, President Ismail Omar Guelleh embarked on a large program allowing each Djiboutian to have a decent roof. To overcome the housing problem certainly due to the demographic growth experienced by Djibouti, the Djiboutian Head of State decrees 2017 as the “ Year of Housing ”, housing programs have since multiplied. The objective being to build in the short term, more than 35,000 housing units nationwide.

To respond to the current health crisis and protect the population against the disease of COVID-19, President Ismail Omar Guelleh has put in place a real strategy of fight which has allowed Djibouti to be among the few countries on the African continent to be approved by the World Health Organization.

In short, it is above all this strong record in all areas of the country’s development that earned President Ismail Omar Guelleh last Friday a crushing vote of 97.44% of the vote.