Inside Somalia’s impasse: election talks collapse amid mistrust and blame 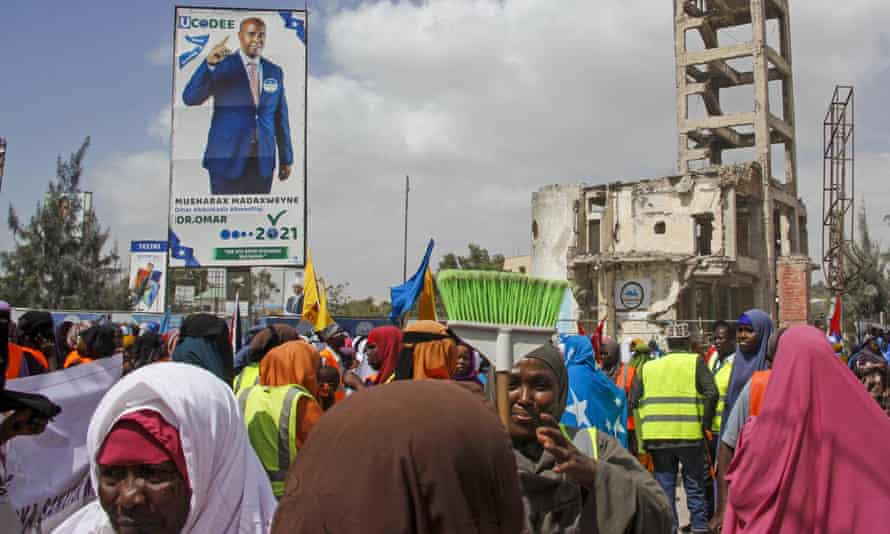 For nearly a month, men from the militias of at least two of Somalia’s five federal member states have been stationed inside Mogadishu’s high-security international airport compound as their leaders attend a circuit of meetings to end the electoral impasse.

The huge complex bristles with barbed wire and armed men in and out of uniforms. In the car park of one of the compound’s hotels, a four-wheel pickup truck mounted with a large gun idles. A handful of young men have built a makeshift camp around the car.

While a Somali national army exists, presidents from some of the federal member states (FMS) do not trust it will protect them, nor do they entirely trust the African Union troops who have secured the airport complex for over a decade.

Last weekend, for the first time in more than a month, all five state presidents, the president of the federal government, and the governor of Benadir, the capital metropolis, agreed to meet.

The aim was to set an agenda for talks about the national election. The politicians were talking about what they would talk about later.

Even after a venue was agreed, the meeting was fraught. Various international actors are said to back different factions, so no one feels safe in the same place. Some politicians think they are at risk of having their food poisoned.

Somali information minister, Osman Dubbe, has blamed the leaders of Puntland and Jubaland.

“The federal government of Somalia is making clear to Somali people that the leaders of Somalia’s regional states Puntland and Jubaland are not willing to hold elections in this country based on the 17 September agreement and the 16 February agreement,” Dubbe said.

Contentious issues include the formation of the electoral commission, the selection of members for the breakaway region of Somaliland, and the troubled Somalia-Kenya border region of Gedo. 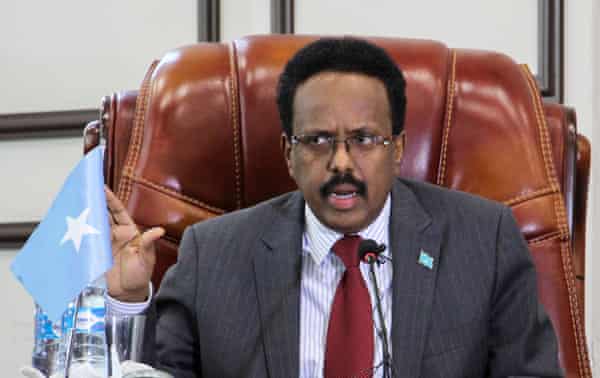 The government, headed by Mohamed Abdullahi Mohamed (known as Farmaajo), is no longer recognised by two of the five states and there is no clear contingency plan. Critics accuse Farmaajo, who is seeking a second term, of dragging his feet.

A Somali president has never held a second term in office. Every election cycle is contentious, but anger and mistrust between political players have reached new depths and the government is at a perilous point. This is the first time a presidential term has ended before an agreement about how to proceed with an election has been reached.

Even if this crisis is resolved, the wounds could take years to heal. “Maybe after four years we will have the same discussion again,” said a political insider. They joked: “I will remind you if I stay alive.”

After electing Farmaajo in indirect elections in 2017, the Somali government, with enthusiastic support from the international community, pledged to arrange one-person-one-vote elections for the next cycle.

But four years on, there has not been enough progress to set this up. Attempts were made to organise an indirect vote which would be at least more inclusive, but leaders failed to agree on a model.

“This comes down to unresolved internal political tensions, but also a lack of preparation and political will,” said Omar Mahmood, senior Somalia analyst for the International Crisis Group.

The deadline for parliamentary elections expired in December 2020, but the vote for a president did not happen. On 19 February 2021, a skirmish broke out at a hotel where two former presidents and some current candidates, who have created a coalition opposing Farmaajo’s administration, were staying ahead of planned demonstrations.

Earlier that week, Farmaajo’s administration banned public gatherings, citing a rise in coronavirus cases. The march went ahead, but security forces fired on the protesters, pushing Somalia to its most fragile point in years. Within weeks, the five FMS presidents arrived in Mogadishu to find a way for elections to go ahead and a functioning, fully recognised government to be put in place. 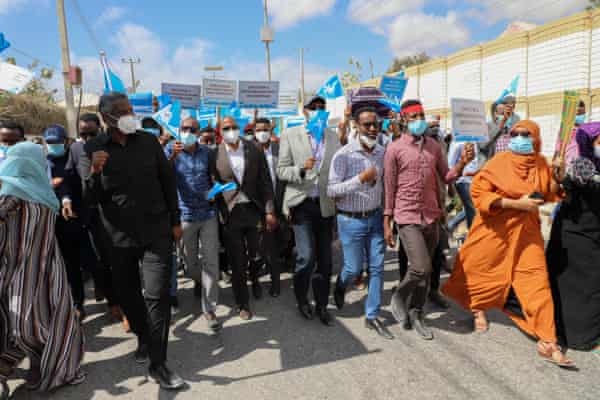 Mahad Wasuge, executive director of Somali Public Agenda, said any alternative to negotiations continuing could allow Farmaajo to maintain power – something neither the opposition nor the international community would accept and which could lead to violent confrontations in an already fragile country.

The UN security council may now take a more active mediation role. Analysts and activists have said that the UN secretary general’s special representative for Somalia and the US ambassador should have been publicly involved months or even years ago. Many believe the international community has ignored signs that tension was rising and indulged the Farmaajo administration.

“The top line solution is resolving the tension that has inhibited progress on a range of fronts,” said Mahmood. “Namely coming to a common settlement on power and resource sharing within the federal system. Once you have that, it will unlock all sorts of other avenues for progress.”