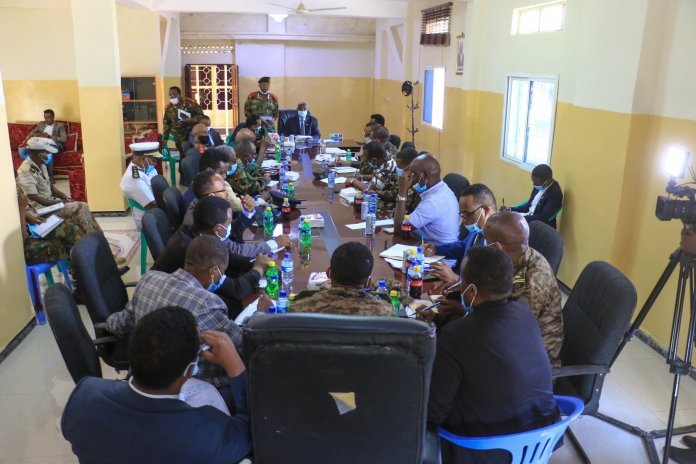 The aim of the gathering is to boost the cooperation between Ethiopia and Somaliland in the areas of security and stability. Somaliland’s interior minister, Mohamed Kahin Ahmed flanked by heads of the armed forces plus the defense minister, Abdikani Mohmud Ateye are in attendance.

Head of security for Somali administration in Ethiopia, Husein Hashi Qasim, the chief of paramilitary Liyuu police, General Mohamed Ali Muhumed, the minister of irrigation for Ethiopia’s Somali region, Abdilahi Iid Dahir, and the deputy chief of Ethiopia’s defense forces for the eastern sector are attending the summit. The two sides have discussed and agreed upon ways to further strengthen security cooperation between Ethiopia & Somaliland.

Somaliland & Ethiopia share a long border as both sides cooperate intelligence gathering, thwarting terrorism acts and cooperate the security in the border areas.